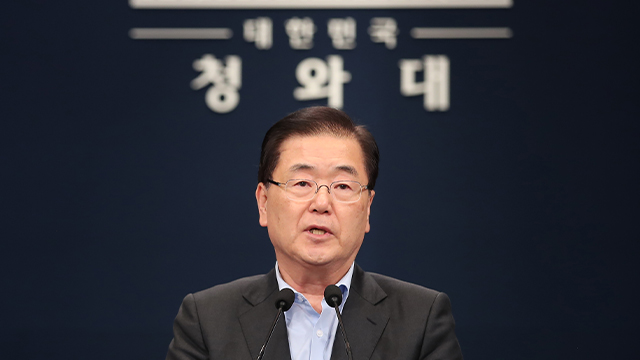 The presidential office convened an emergency National Security Council(NSC) session on Tuesday following the launch of two North Korean projectiles into the East Sea earlier in the morning.

Presidential spokesperson Ko Min-jung told reporters in a written message that the standing committee of the NSC began the meeting at 8:10 a.m. using the national telecommunications system.

The emergency meeting was presided over by Chung Eui-yong, head of the National Security Office.

The JCS said the South Korean military is monitoring the situation in case of additional launches while maintaining a readiness posture.

The launches come less than a day after North Korea said it is willing to resume denuclearization talks with the United States later this month.