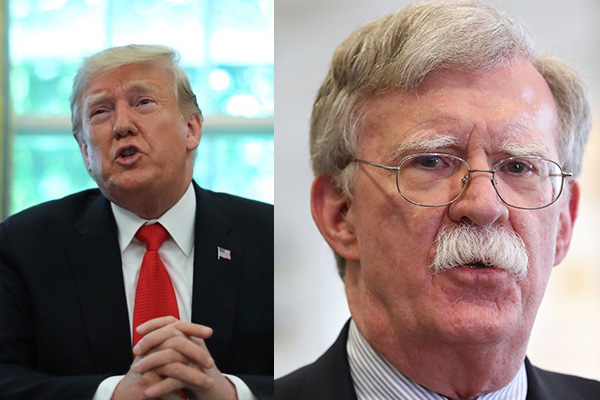 U.S. President Donald Trump said on Tuesday that he has fired National Security Adviser John Bolton due to "strong disagreements."

Trump said in a pair of tweets that he informed Bolton the previous night that his services are no longer needed at the White House and that he disagreed strongly with many of his suggestions, as did others in the administration.

Trump said he asked Bolton for his resignation on Monday and that it had been received the following morning. The U.S. president added that a new national security adviser will be named next week.

Shortly after Trump's announcement, Bolton issued a tweet of his own and offered a different version of events, saying that he offered to resign Monday and that Trump had suggested the two talk about it the following day.

Bolton was appointed as Trump's third national security adviser in April 2018  and advocated a hardline approach to countries such as North Korea, Iran and Venezuela.