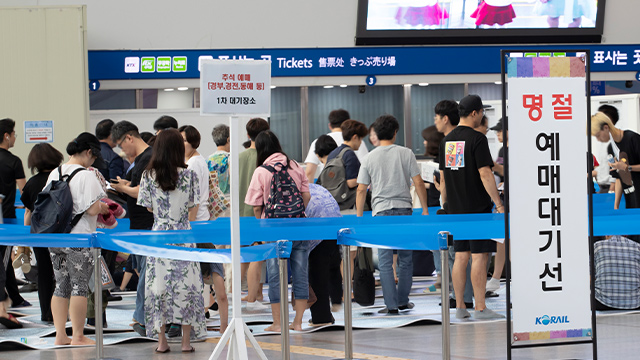 Cabin crew members of South Korea's high-speed KTX and SRT trains launched a strike on Wednesday ahead of the Chuseok holiday.

The cabin attendants plan to strike until next Monday after holding a rally marking the walkout at 1 p.m. Wednesday.

The attendants are currently hired by a subsidiary of Korea Railroad Corporation(KORAIL), while officials in charge of train safety are directly employed by KORAIL.

The cabin crew members are supposed to provide only cabin services and are ostensibly not involved in safety matters.

The attendants, however, say that they are forced to be involved in safety-related services in case of emergencies and are demanding KORAIL hire them directly.

KTX said there will be no disruptions in train operations during the Chuseok holiday, adding that it will mobilize officials from its headquarters to tend to passengers.

SRT vowed to minimize any inconveniences by mobilizing replacement staff.