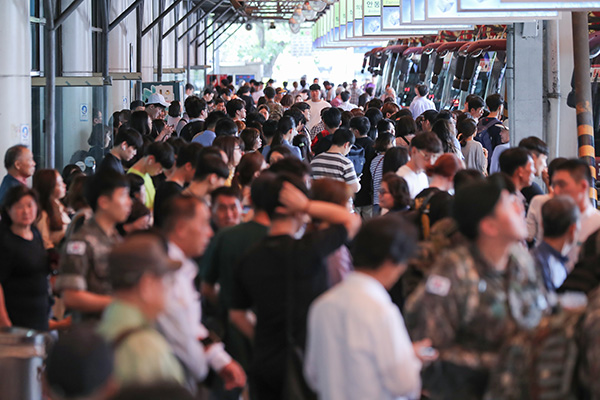 Parts of highways across the nation are witnessing growing congestion as many South Koreans begin to head to their hometowns to celebrate the Chuseok holiday.

Korea Expressway Corporation predicted clogging on expressways would peak past 6 p.m. on Wednesday and then ease before worsening again between 4 a.m. and 5 a.m. on Thursday.

Around 500-thousand vehicles were expected to leave Seoul and the surrounding metropolitan area on Wednesday for other regions, with 400-thousand cars traveling in the opposite direction.

Expressways across the nation, including privately operated ones, will be toll-free during the three-day holiday that begins on Thursday.