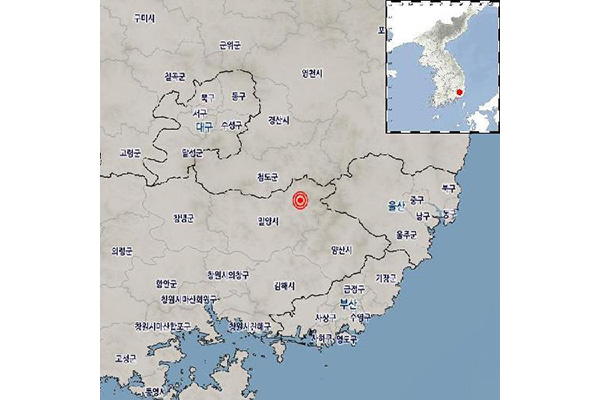 According to the Korea Meteorological Administration (KMA), the quake occurred at 12:32 a.m. at a location 15 kilometers east-northeast of Miryang City, South Gyeongsang Province.

The KMA said the depth of the epicenter was 20 kilometers.

Fire authorities in Changwon and South Gyeongsang Province said they received reports from people who felt the tremor, but there have been no reports of damage.

Monday's quake was the second strongest on South Korea so far this year.
A three-point-nine magnitude quake that hit Sangju city in North Gyeongsang Province on July 21 was the strongest earthquake to hit mainland Korea this year.

A four-point-three magnitude earthquake that struck off the east coast of Gangwon Province on April 19 was the most powerful.