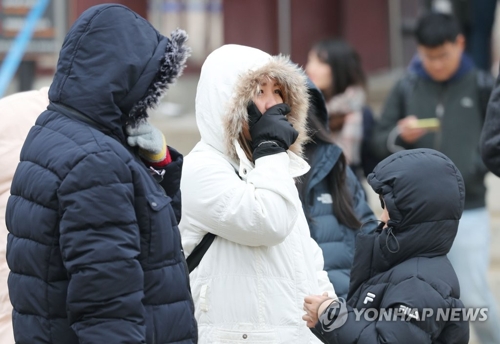 A cold wave advisory has been issued for most parts of the country on Tuesday as the mercury is expected to drop sharply on New Year's Eve.

The season's first cold wave advisory was issued on Monday night as the Korea Meteorological Administration predicted the temperature will drop by more than ten degrees Celsius on Tuesday from the day before.

Morning lows in most parts of the nation fell below zero on Tuesday and are expected to remain below freezing even in the afternoon.

In Seoul, the mercury dropped to minus nine-point-five Celsius degrees in the morning with the wind chill temperature falling to minus 16 degrees.

The weather agency said that many parts of the country will be affected by strong winds, with the wind chill factor causing even lower temperatures.