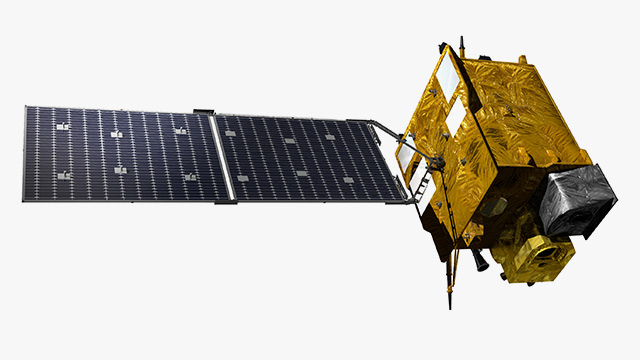 South Korea is about to send a new geostationary satellite to a launch site in South America ahead of its launch set for next month.

According to the Ministry of Science and ICT and the Ministry of Oceans and Fisheries, the world's first geostationary environmental monitoring satellite, the Chollian-2B, will depart the Korea Aerospace Research Institute on Monday for a space center in Kourou French Guiana.

The three-point-four-ton satellite will be transported in a special non-vibration container to Incheon International Airport before being shipped by air.

After the checkup of the satellite and other preparations, the Chollian-2B will be launched from the space center at around 7:14 a.m. on February 19.

The Chollian-2B, a twin satellite of the Chollian-2A launched in December 2018, will reportedly observe and monitor 20 types of air pollutants at a fixed position 36-thousand kilometers above the Earth's equator.

It will carry out initial operations for a few months before sending real-time data on ocean conditions in October, followed by atmospheric information starting in 2021.