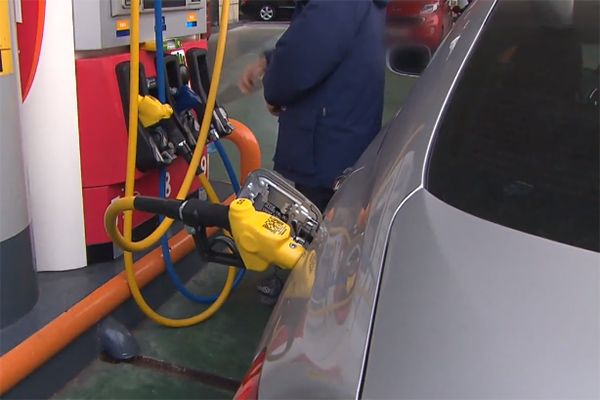 Gasoline prices nationwide have risen for eight straight weeks while the price of diesel is up for the seventh week.

According to Opinet, an oil price information website run by the Korea National Oil Corporation, the national average price of regular gasoline rose six-point-four won to just over one-thousand-565 won per liter in the second week of January.

Gas prices had fallen eight-point-nine won over a six week period in October and November before rising 30-point-seven won during eight weeks since the third week of November.

The Korea National Oil Corporation said global prices are up amid rising tensions between the U.S. and Iran and a suspected oil output decrease by OPEC in December.