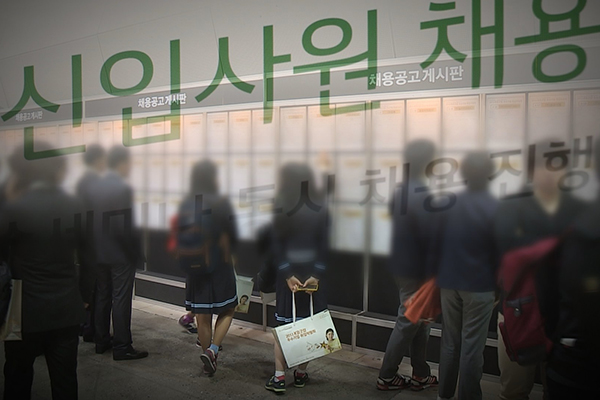 More than 20 percent of South Korea's unemployed were in their late twenties in 2018, the largest such figure among advanced economies.

According to data by the Organization for Economic Cooperation and Development(OECD) on Monday, jobless 25 to 29-year-olds accounted for 21-point-six percent of the country's total unemployment rate, the highest among 36 OECD member states.

South Korea has led the OECD in this metric for seven consecutive years dating back to 2012.

Denmark came in second at 19-point-four percent, followed by Mexico at 18-point-two percent. The comparable figures for the United States and Japan were 13 percent and 12-point-six percent, respectively.

The 25 to 29 age group represents just seven-point-eight percent of South Korea's population over the age of 15 but accounts for one in five of all jobless people.