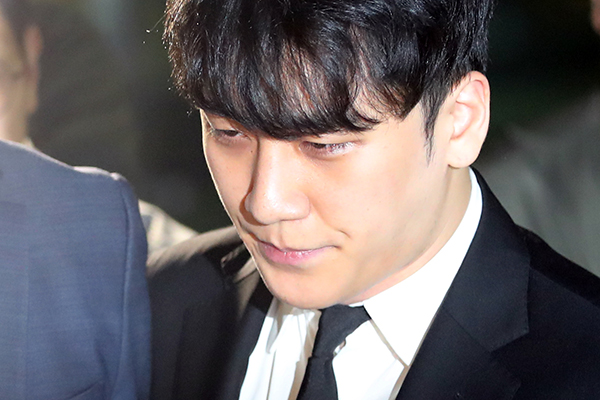 Seungri, a former member of K-pop group Big Bang, appeared for an arrest warrant hearing over suspected illegal gambling and procurement of prostitutes.

The 29-year-old, whose real name is Lee Seung-hyun, arrived at the Seoul Central District Court just past 10 a.m. on Monday.

Lee and Yang are accused of violating South Korea's foreign exchange laws by failing to report to authorities in advance of the money they borrowed in U.S. dollars for gambling.

The former K-pop idol is also suspected of soliciting prostitution for investors between September 2015 and January 2016 and distributing nude photos of women through a mobile messaging app.

Other charges include violation of food sanitation laws in relation to a previous pub business of Lee's and embezzlement regarding an investment firm behind the Burning Sun nightclub.

After the court rejected a previous request for Lee's arrest warrant, police transferred his case to the prosecution for further investigation.