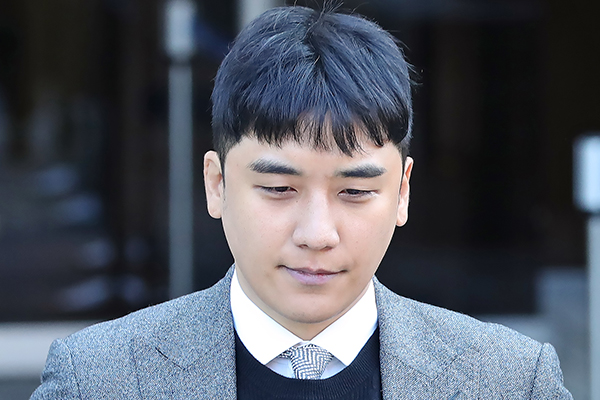 A local court has again rejected an arrest warrant for disgraced K-pop singer Seungri, who is accused of overseas gambling and procuring prostitutes for investors.

The Seoul Central District Court on Monday dismissed the prosecution's request to detain Seungri, saying that it's hard to recognize the need and reasons to detain the suspect.

The prosecution requested the writ last week on seven charges including arranging prostitution, habitual gambling and violation of the foreign exchange law.

Last May, police filed for an arrest warrant for Seungri on five charges, but the request was rejected.

Seungri is accused of gambling multiple times in Las Vegas over a period of more than three years since December 2013 and arranging sexual services 29 times for investors from Japan from September 2015 to January 2016.