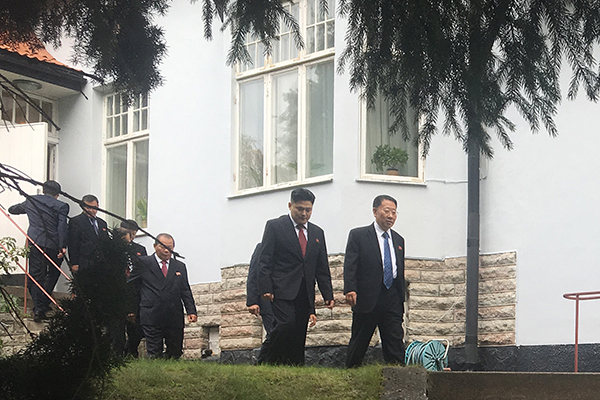 The Swedish Foreign Ministry reportedly said that it is contacting both North Korea and the United States to encourage dialogue.

The Voice of America on Wednesday reported that the ministry gave the response when asked about the U.S.' recent proposal for talks with North Korea.

The spokesperson said dialogue is the only path to a peaceful solution to the situation on the Korean Peninsula and that Sweden "communicates directly with two parties," including through the government’s special envoy and embassies.