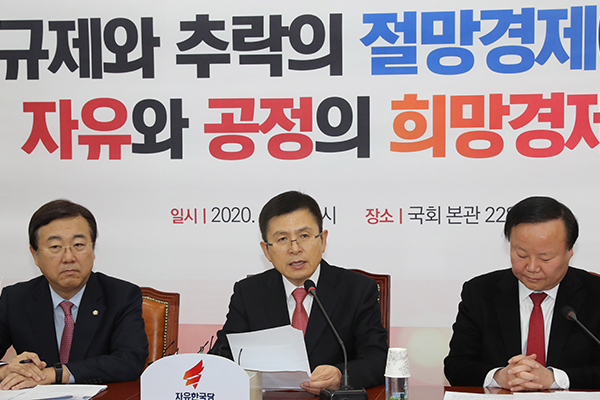 The main opposition Liberty Korea Party(LKP) on Wednesday put forth a package of its top campaign pledges ahead of April's general elections.

Among the pledges include strengthening the country's financial soundness, scrapping the Moon Jae-in administration's nuclear phase-out policy and reforming the labor market.

Criticizing the Moon administration's "Venezuela-like socialist policies," the LKP plans to enforce restrictions on how much the government can draw up in its annual budget.

In the era of the Fourth Industrial Revolution, the main opposition said it will carry out labor market reforms to diversify employment, such as introducing laws on employment contracts.