Moon Stresses Alliance with US for Peace on Korean Peninsula 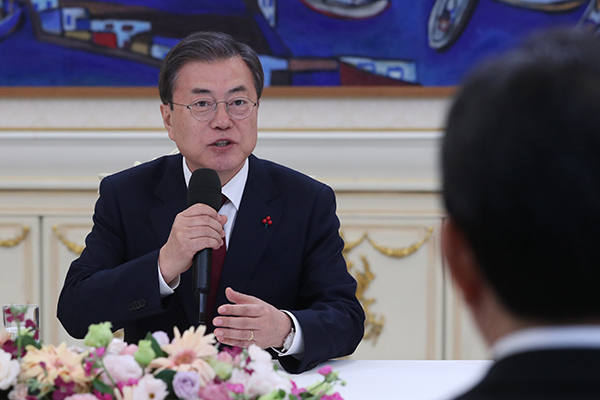 President Moon Jae-in says the South Korean government will not cease in its efforts to create a peaceful Korean Peninsula and will do so based on its strong alliance with the U.S. and their shared values of freedom and democracy.

Moon made the remarks in a congratulatory speech at an event to celebrate the 15th Korean American Day in Washington D.C. on Tuesday.

In a letter read by South Korean Ambassador to the U.S. Lee Soo-hyuck on his behalf, Moon noted this year marks the 70th anniversary of the beginning of the Korean War and that the yearning of all Koreans for peace and prosperity on the peninsula feels even more poignant.

The South Korean leader also highlighted numerous patriotic activities by the Korean American community and noted their achievements in the U.S., calling them a source of pride for both countries.